“The Eternal Buzz and the Crock of Gold,” which will be limited to 1,000 copies, provides a visual backdrop to MacGowan’s eccentric musical career.

The book was curated by MacGowan’s wife, Victoria Mary Clarke, and is described as a “labor of love” for the famous Irish musician, with abstract excerpts dating back to his childhood and taking audiences on a journey through six decades of celebration. The book also contains 20 unpublished lyrics.

Clarke told IrishCentral the book came about following a conversation with Johnny Depp, one of MacGowan’s closest friends, during the production of the documentary ‘Crock of Gold’ two years ago.

“Johnny asked me if Shane had any other designs,” Clarke told IrishCentral. “He actually has one of Shane’s drawings on the wall at his house in France. He thought we could animate the drawings for the movie because [director] Julien Temple is really into animation.

Clarke later discovered over 3,000 old sketches, drawings, lyrics and untold stories hidden in a box in her mother’s attic and set about painstakingly assembling them into a cohesive narrative.

“It took two years. Can you imagine how difficult it was with 3,000 sheets of paper?

MacGowan told IrishCentral he would start drawing whenever he received inspiration, using items such as receipts, shopping lists, airplane sick bags and towels to map out his inner thoughts.

“He was drawing a lot on the walls of the house and on the doors,” Clarke added.

Clarke said finding the treasure trove of drawings, sketches and handwritten lyrics was like “having a diary come to life”.

Looking for Irish book recommendations or want to meet others who share your love for Irish literature? Join the IrishCentral Book Club on Facebook and benefit from our community of book lovers.

“It was really interesting because there was so much about our own lives. It helped me remember things that I had totally forgotten about. There was a lot of stuff done on the Pogues tours, airlines and hotel stationery. hotel where we were at the time and see tour itineraries.”

The Pogues frontman drew inspiration from violent Hollywood films, religion, Irish republicanism, immigration and sex, with art critic Waldemar Januszczak saying in the book’s introduction that readers would likely see “the world record broken for the most inflated penises in a volume”.

Januszczak writes that eccentric musicians often become commonplace as they dive into the artistic world, forgetting their rebellious side and becoming “all respectable to us”. Not Shane MacGowan, though.

“No matter how you twist him, he’ll never be anything but a wild Irish drinking rebel with the boozy waters of Rain Street running through his padded veins,” Januszczak wrote.

Clarke thinks it’s “impossible” for MacGowan to be mundane because “the way he thinks is just too weird”.

“Shane’s stuff is controversial, bizarre, profanity, or whatever you want to call it, but it’s genuine.” 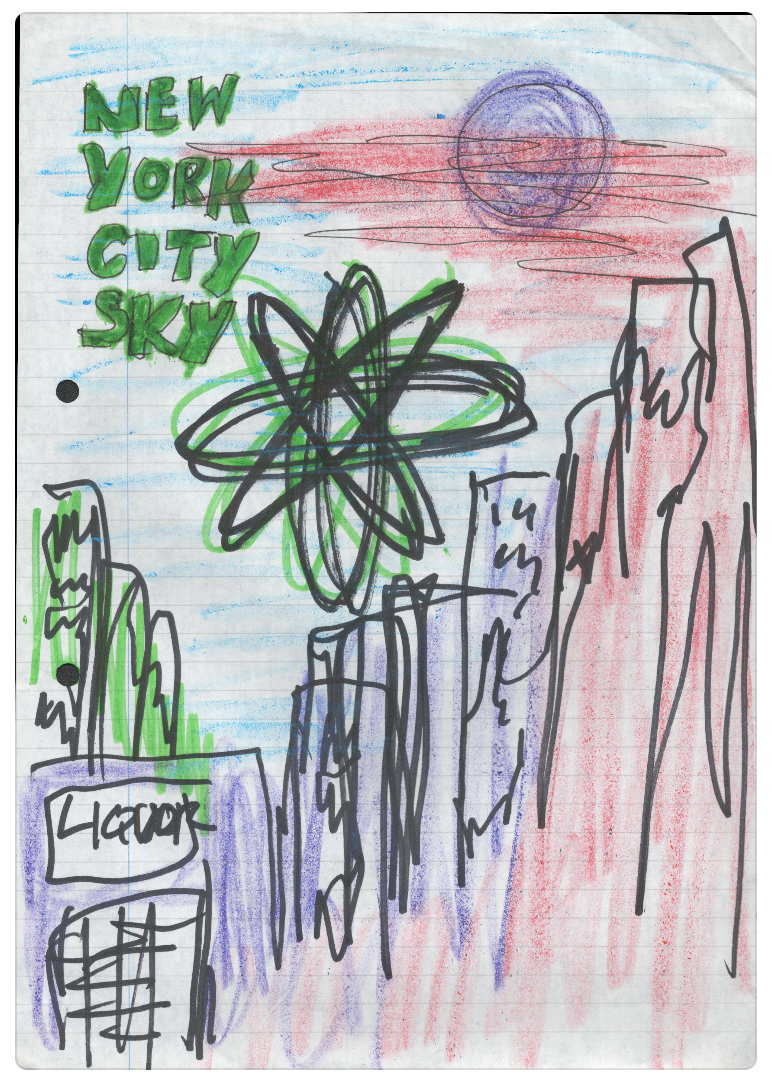 Johnny Depp wrote in the foreword that the book demonstrates MacGowan’s “propensity for the savage, for the absurd, for the political, for the beautiful”.

MacGowan and Clarke will hold exhibitions around the world once the book is released, with events planned in Tokyo, Belgrade, New York and at a London hotel owned by British musician Pete Doherty.

The pair plan to create an immersive digital experience, digitizing the many drawings and sketches and allowing the public to examine the work as if they were there.

The digital experience will feature some of MacGowan’s music, while certain scents, such as beer and cigarette smoke, will be pumped in to create a full sensory experience.

“Most art exhibits touring around the world don’t have music to accompany them. It will have music and there will probably be smells,” Clarke said.

MacGowan and Clarke have been together for 36 years and have collaborated throughout, with Clarke previously working on the acclaimed memoir “A Drink with Shane MacGowan.”

“It was very important in my life,” MacGowan said of her relationship with Clarke. “She’s the girl for me.”

Click here to pre-order The Eternal Buzz and the Crock of Gold.